Story about the project 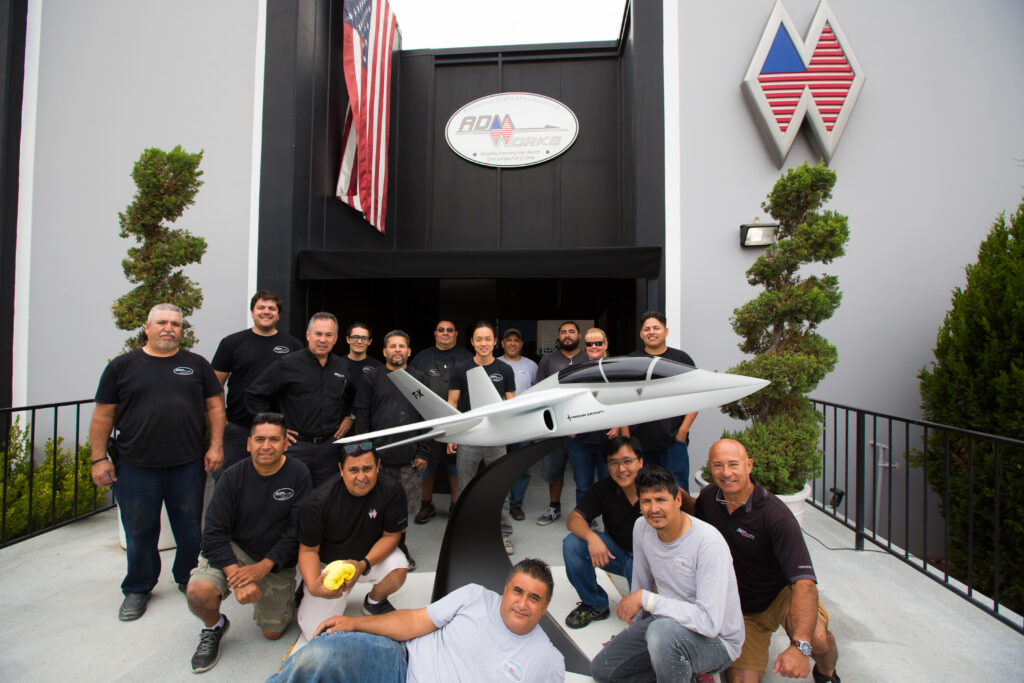 In 2017, the ADM Works team was approached by the Sierra Nevada Corporation, an esteemed national security contractor looking to fabricate a full-size, lightweight training aircraft. The model, whose objective was to accommodate a pilot as well as be easily disassembled in order for easy transportation to air shows around the world, was meant to act as a direct competitor to Textron’s “Scorpion” model. In response to the industry’s objective of lowering operating expenses, the training aircraft utilized business jet engines as a means of propulsion. The finished aircraft, designated the “Freedom Trainer”, included a full interior, three weapon stations per wing, a weapons station underneath the fuselage, a full array of lights, and horizontal stabilizers capable of full rotation. Excluding the tire and wheels, the aircraft was manufactured completely in-house by ADM in under five months.

Utilizing unfinished surface models provided by the client, initial molds were made. Preliminary steps were taken to design inner structures of the aircraft using CATIA V5 modeling software, and design decisions were further verified through subsequent finite element analysis processes (FEA) in order to ensure that the client’s objectives of strength and weight reduction were met. Once molds were complete, the team laid up the outer skin of the aircraft and used the molds as assembly fixtures for all the bones. All components for the  “Freedom Trainer” were then manufactured, and the aircraft was painted. Assembly of the interior, landing gears, wings, vertical stabilizers, and horizontal stabilizers concluded this stage of the project. 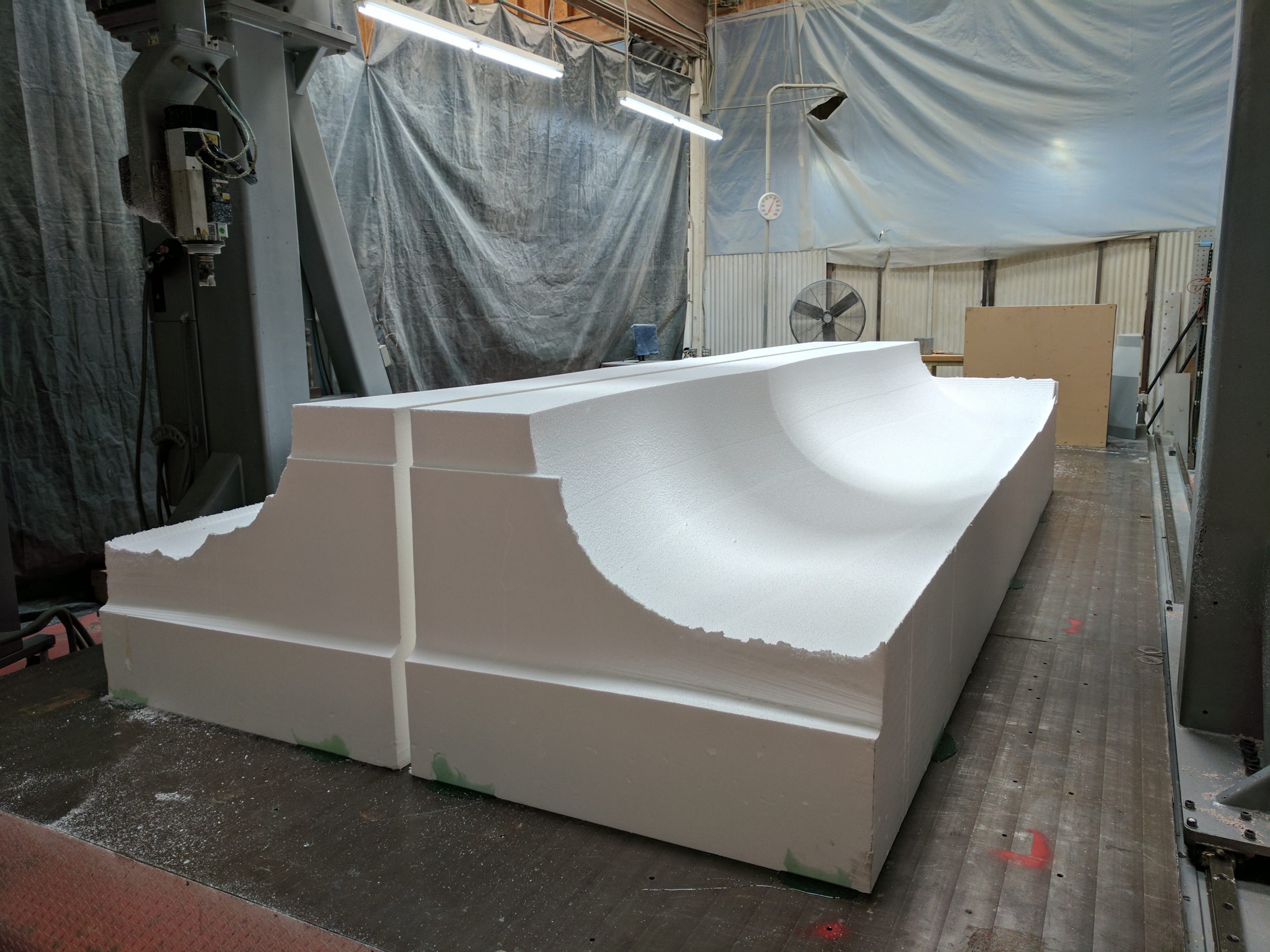 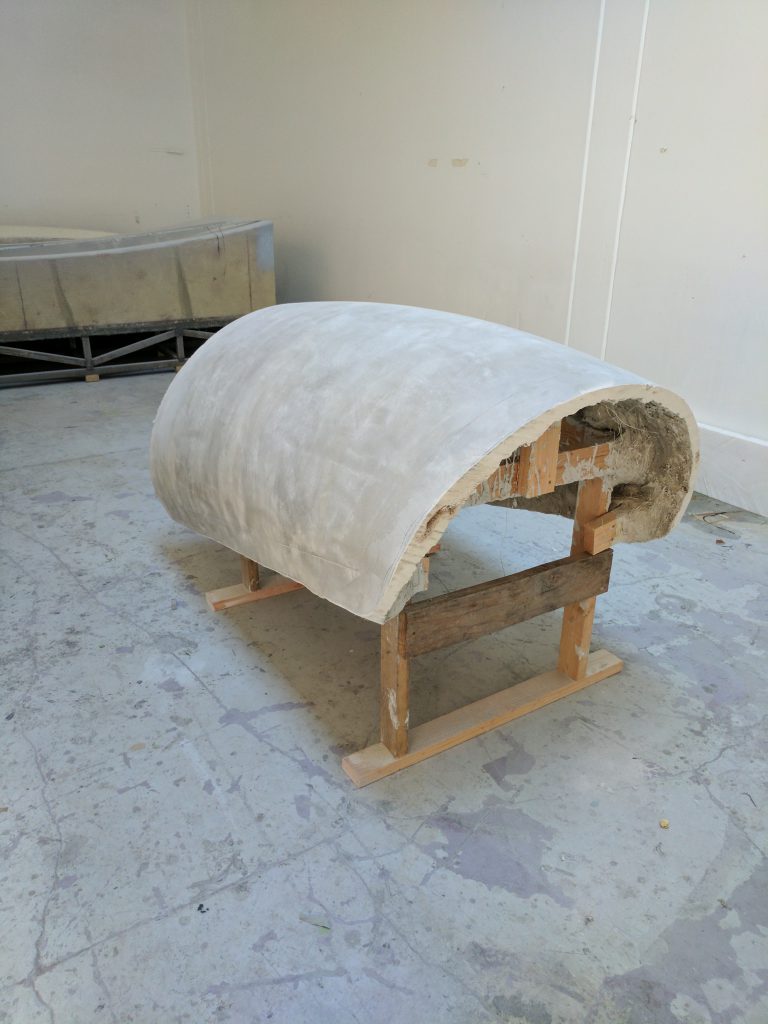 Shown above: a collection of molds produced for the SNC “Freedom Trainer” aircraft.

All composite and manufactured parts were made by the ADM Works team in-house; the process took less than five months from start to finish.

Coming in at around 37 feet long, the team was tasked with creating two custom shipping containers that could be used to safely transport the finished aircraft. In order to accommodate the size of the fuselage, the landing gears had to be made removable for transportation purposes. Along with all of the major airplane components, the team proceeded to custom make hoists for the main landing gear installations, along with wing-mounting fixtures lining the interiors of the containers. Due to height and width restrictions, the aforementioned landing gear assembly and nose cone were removed prior to transport. The final aircraft was then lowered into position using a dual-forklift setup which allowed for support and movement throughout the loading process. Soon thereafter, the SNC’s new training aircraft arrived safely to a facility where it was then re-assembled, serviced, and ready for duty.